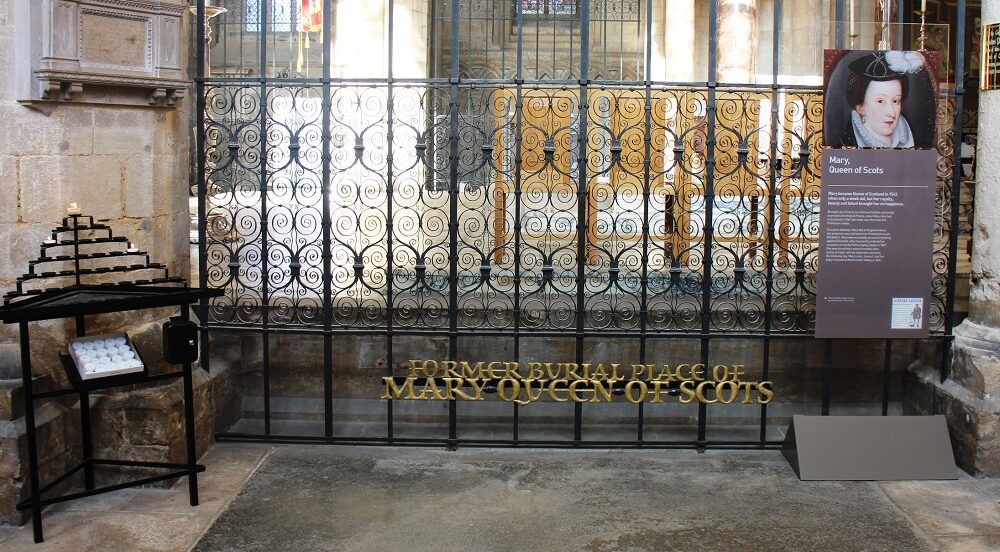 Many people have heard about Katharine of Aragon’s funeral at Peterborough Cathedral, but who was the other queen buried here in Tudor times and why is she no longer here?

Stuart will explore the circumstances of Mary’s execution at Fotheringhay Castle in February 1587 and why she was buried five months later at the Cathedral, only to be exhumed after 25 years and moved to London. His illustrated talk will examine Mary’s remarkable story and the political pressures at play during the reign of her cousin, Elizabeth I.

Stuart Orme, Curator of the Cromwell Museum at Huntingdon, says: “Mary Queen of Scots is one of the most iconic figures in British history, yet she is often shrouded by the way she’s been depicted and romanticised in our popular culture. This talk will hopefully provide an overview to her story and its local connections.”

This event is part of a series of online history talks organised by the Cathedral. Others topics and speakers coming up in the series are Cathedral Architect, Stephen Oliver, on the Restorations of the 21st Century (15 September); Mark Short, Cathedral Guide, on the Restorations of the 19th Century (20 October) and Cathedral Archaeologist, Dr Jackie Hall on Peterborough Abbey before 1116 (17 November). To conclude the series, writers and historians Alison Weir and Siobhan Clarke will give a talk onA Tudor Christmas (15 December).

Tickets for all the online talks, which are held via Zoom at 7.30pm, are £7 per screen and available via www.peterborough-cathedral.org.uk/oht2022.aspx. A booking fee applies.

The direct link to book for Stuart Orme’s talk on 14 July is: www.ticketsource.co.uk/peterborough-cathedral-tours-talks/t-nloyjp