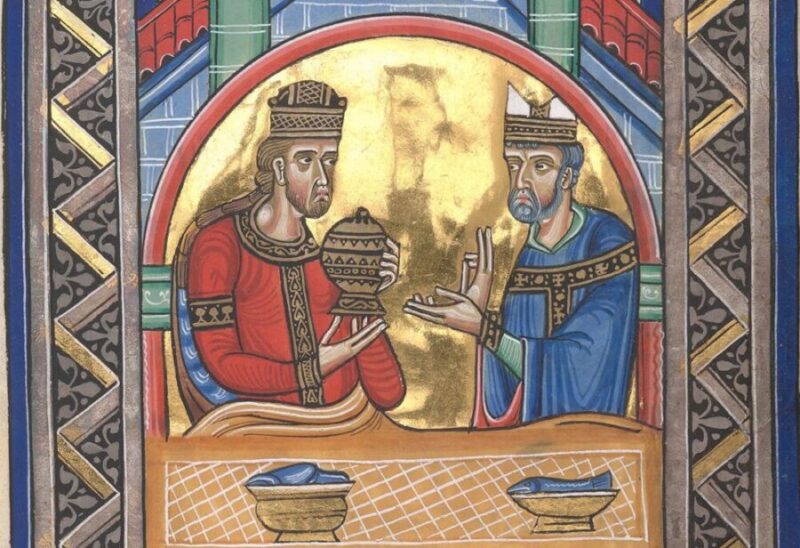 A medieval historian is to give an online lecture about St Oswald, the seventh-century king of Northumbria, who was a very important figure for the monks of Peterborough Abbey.

Dr Johanna Dale of University College London will explain why he was significant to a community of Fenland monks and will trace the history of the monks’ most prized possession: the king’s right arm, which defied decomposition.

The Abbey acquired this relic in highly dubious circumstances, yet it became a focus for the community and the shrine containing it attracted numerous pilgrims, including kings of England. The arm disappeared during the great upheavals of the Reformation but the chapel of St Oswald remains as one of the highlights of any visitor’s tour of Peterborough Cathedral.

Dr Dale will draw on her research into Oswald’s cult in the Middle Ages, demonstrating both the centrality of Oswald to the Peterborough community and also how their veneration of the Northumbrian king made them pivotal to cultural networks that stretched from northern England all the way to Switzerland.

“King Oswald was a very popular saint in medieval England and he was especially important at Peterborough”, said Dr Dale. “The history of his arm relic is, in some ways, a tale of intrigue but also one that sheds light on many aspects of medieval society.”

In a talk to be presented via Zoom, on Thursday 20 May at 7.30pm. Tickets are £7 per viewing and are available via www.peterborough-cathedral.org.uk/143/section.aspx/142/oswald.