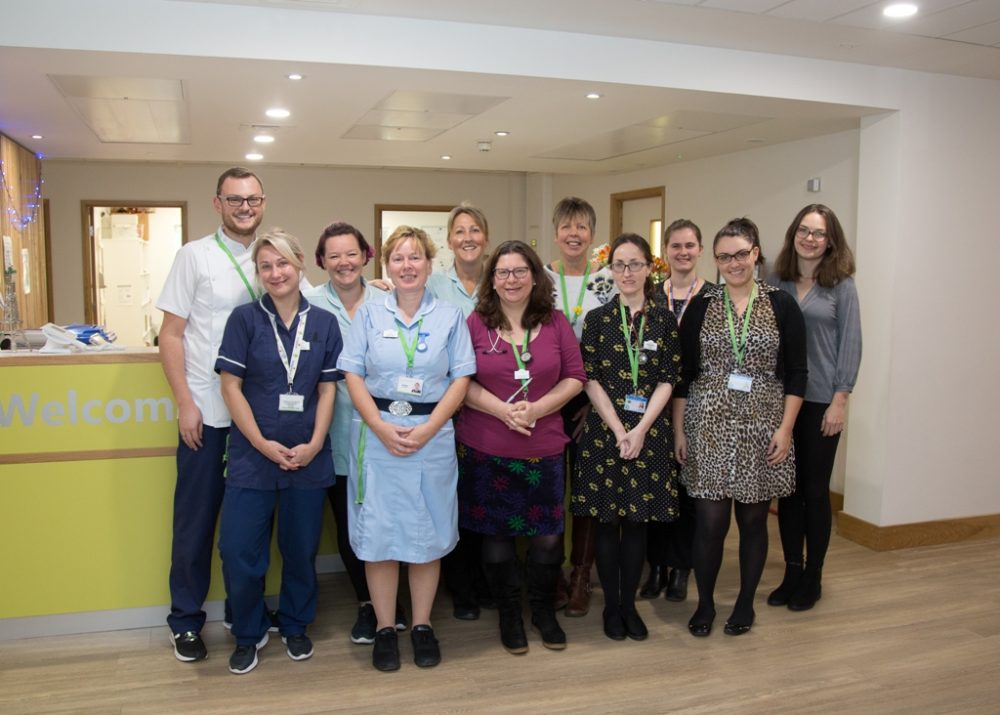 Arthur Rank Hospice Charity is celebrating, having been announced as the winner of ‘The Michael Howard Award’ at The Hospice UK Awards, on Thursday 21 November 2019.

The Hospice UK awards supported by the National Garden Scheme, took place on the second evening of a three-day national conference, seek to recognise the huge contribution that both inspiring individuals and innovative programmes have made to hospice and end of life care in local communities across the UK.

‘The Michael Howard Award’ recognises the importance of innovation in collaborative partnerships between hospices and hospitals to enable more people to be cared for in their preferred place at the end of life.

Arthur Rank Hospice Charity has been working with its local acute hospital trust, Cambridge University Hospitals (CUH) since December 2017, to introduce a project enabling patients dying in Addenbrookes’ Hospital, to have the option to die at the Hospice. The nurse led care scheme is aimed at patients who are unlikely to benefit from further treatment and whose needs are too complex to be supported at home, or in a care home.

One relative, shared the difference it had made for her loved one: “It’s just everything it should be – peaceful, light, airy, clean and the staff are attentive and know what’s going on. I press the buzzer and they are there. He’s seen wildlife for the first time in months and it’s brought tears to his eyes.”

Carly Love, Matron of Arthur Rank Hospice Charity’s Inpatient Unit, said: “Since the initial pilot, we have continued to work really hard to fully integrate this innovation into our services and have witnessed the very real difference it makes to patients and their families. Our Liaison Nurse meets daily with the CUH’s palliative care team to review patients and identify those suitable for transfer to a nurse-led bed in the Hospice.

“In our first year, more than 250 people have been transferred from Addenbrookes’ Hospital to the Hospice.

“It’s wonderful that the scheme has been recognised not only by CQC as an example of outstanding collaboration, but also now by this national award. We have also presented a poster about the nurse-led beds at the Conference and hope that it can be used as a model for other Hospices and acute hospital trusts, across the country to enable more patients to receive hospices’ specialist care and therefore have better deaths.”

Having collected the stunning glass trophy, she thanked her colleagues and the palliative care team from Addenbrookes Hospital, in a video message from the National Conference Dinner at the ACC in Liverpool.

Commenting on Arthur Rank Hospice Charity’s achievement, the judges said: “The project makes a measurable difference, can be scaled and replicated, has an innovative funding model… and fits perfectly with Lord Howard’s vision of how hospices could make a difference!  He always believed that in-reach from hospice into hospitals was the answer – that led to the start of the HOLISTIC project.

“A really great example of innovation and partnership working which has a measurable impact on people’s experience of care at the end of life. It’s a model that I’m sure will be taken up in many other localities based on this learning.”

The theme of the Hospice UK Conference this year was ‘Dying for change’, recognising that revolutionary change is needed in the way society approaches death and dying and that radically new ways are needed to meet the challenge of providing effective, meaningful and compassionate care at scale.