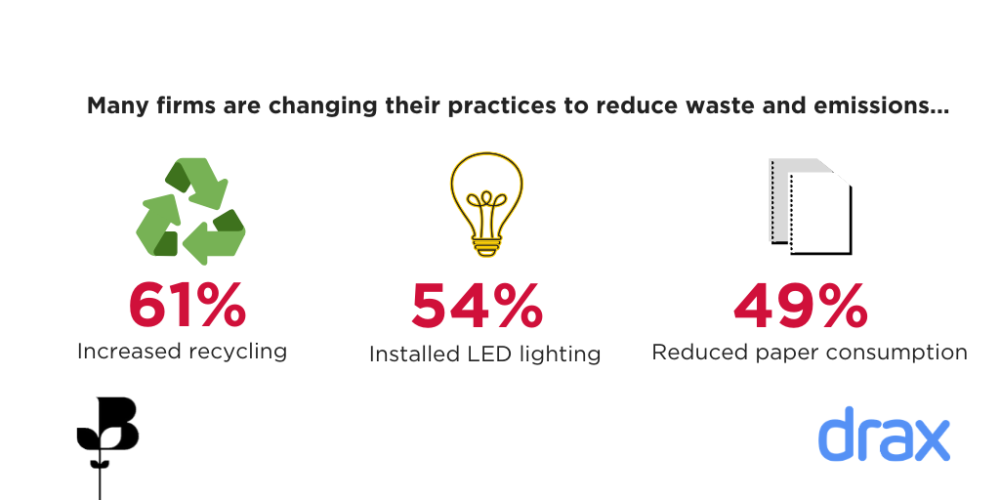 Businesses are hampered by an unreliable electricity supply according to a survey of more than 1,000 business leaders published today by British Chambers of Commerce and Drax.

One third (33 per cent) of UK businesses have experienced electricity outages in past 12 months, according to a major new study of the business community’s views on infrastructure and risk.

With demands on energy set to intensify in the years ahead – more than one-quarter (27 per cent) expect their dependence on electricity to increase – better support is needed to help businesses make the transition to clean energy and improved energy efficiency. Manufacturing in particular is expected to face higher demand, with 34 per cent of manufacturers expecting their dependence on electricity to increase.

By contrast, fewer than one in 10 (eight per cent) of businesses experienced water outages, and only two per cent experienced gas outages.

The research shows that business is already taking steps to reduce waste and emissions, with the most-adopted measures over the last 12 months being increased recycling (61 per cent), installing LED lighting (54 per cent) and reducing paper consumption (49 per cent).

BCC Director General Dr Adam Marshall said: “Our message to policy makers couldn’t be clearer: work with us in business to fix Britain’s energy infrastructure and ensure it is fit for the future.

“Access to affordable and reliable energy is critical for businesses. It’s unacceptable that many companies are facing power cuts and interruption to supply, which can damage machinery and leave employees unable to do their jobs.

“Reliance on electricity is set to increase across the economy as we move away from fossil fuel use. Electricity providers, industry, regulators and government must work together to accelerate improvements in generation and supply — with a firm eye on our shared goal of net zero carbon emissions.”

Drax Group CEO Will Gardiner said: “Electricity demand is expected to rise as the economy digitises and sectors such as heating and transportation decarbonise. With weather-dependent wind and solar set to generate more power than ever we’re going to need more fast-acting and flexible electricity generation to maintain a reliable grid. Businesses across Britain can play their part too by installing on-site batteries, switching their fleets to electric vehicles, conducting energy audits, buying 100 per cent renewable power and taking up smart meters – enabling a zero carbon, lower cost energy future.”