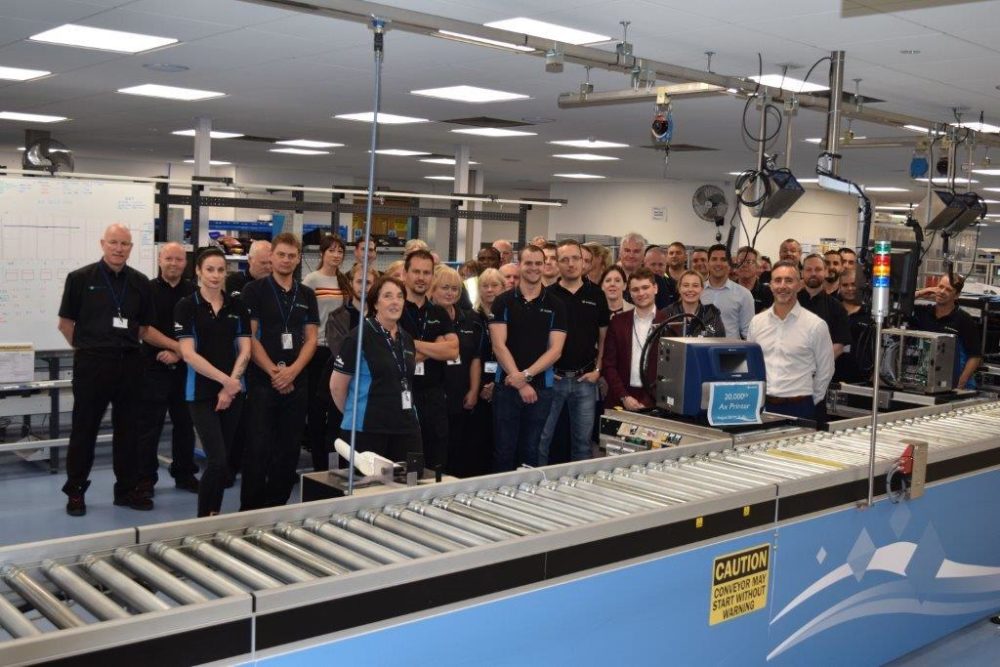 A global leader in the development and manufacturing of coding, marking and printing technologies is celebrating a major milestone at its Bar Hill headquarters.

The printer was first launched in 2016 and is now being used all over the world, with sister manufacturing sites in China and India.

Paul Clarke, Domino’s Product Director CIJ, said: “Our Ax-Series continues to set the benchmark for CIJ coding in the industry. This marks another fantastic milestone for Cambridge and our broader global business.”

The ground-breaking design means that the printer is suitable for the most demanding industrial coding environments, with customer applications in industries as diverse as food production, pharmaceutical packaging and electronics component manufacturing.

Domino employs 2,700 people worldwide and sells to more than 120 countries through a global network of 25 subsidiary offices and more than 200 distributors. Domino’s manufacturing facilities are located in China, Germany, India, Sweden, Switzerland, UK and USA.

Domino became an autonomous division within Brother Industries on 11 June 2015.