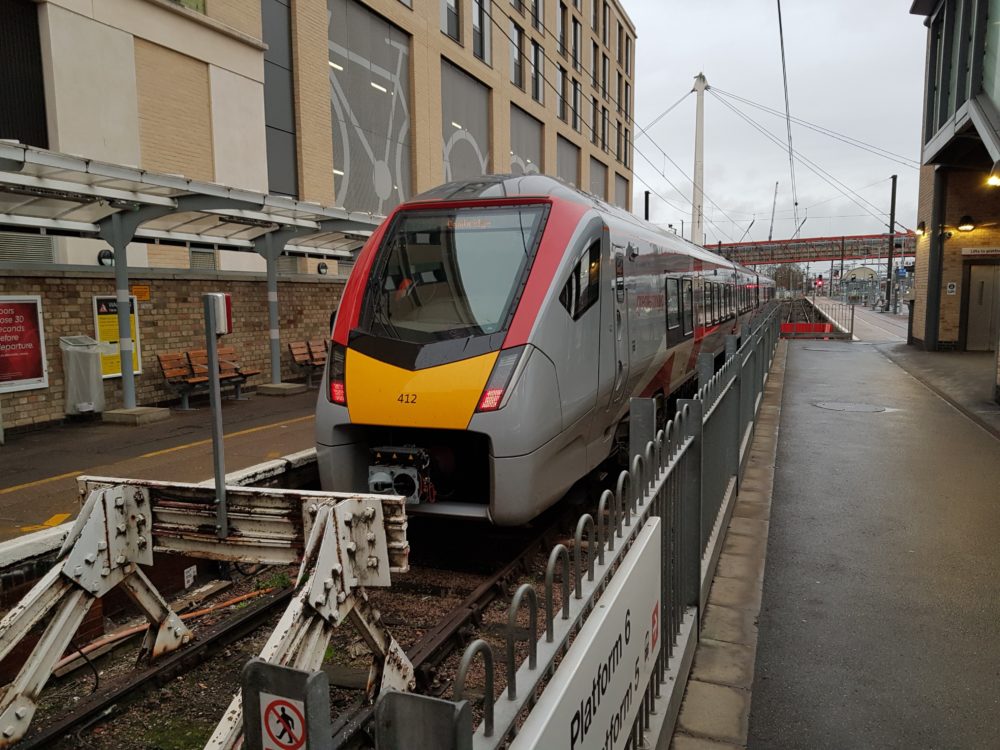 One of the company’s new state-of-the-art Swiss-built trains is now in service on the line between Ipswich, Bury St Edmunds and Cambridge, which is used for over one million passenger journeys a year.

Over the coming weeks more new trains will be introduced on the route replacing all the existing old trains. Last week new trains came into passenger service on the Ipswich-Felixstowe line.

They are powered by diesel and electricity, and are much greener than the existing diesel trains, with lower emissions, and modern brakes which release less brake dust into the environment.

“We were really keen to introduce longer trains on the route as soon as we could to improve our customers’ journeys.

“We are now offering intercity quality on a regional service – ideal for people travelling to work, school, university and for leisure.”

Martino Celeghini, technical project manager at Stadler, said: “These new trains, with their ability to switch seamlessly between electricity and diesel, are highly suited for routes such as this one.

“As it becomes ever more important for business and government to help combat climate change, I am pleased that the trains we are producing for the Greater Anglia network offer an environmentally sustainable solution for travel.”

Greater Anglia is replacing every single train on its network with brand new trains. The roll-out started in July this year on regional routes.

New trains are now in service on the Norwich to Great Yarmouth, Lowestoft, Cambridge and Sheringham and Ipswich to Felixstowe lines.

The train company is getting 58 trains from Stadler, including 38 bi-mode trains and 20 electric trains – ten for the intercity route between Norwich and London and ten for the Stansted Express route.

Safety and performance tests are being carried out on the Stadler electric trains on both the Norwich – London and Stansted Airport – London routes.

A total of 111 trains are being made by UK train manufacturer Bombardier, who have now made over 20 of Greater Anglia’s new electric commuter trains which will run on routes between Liverpool Street and Essex, Ipswich, Cambridge and Hertfordshire.

The bi-mode trains are part of a £600m investment in new Stadler trains for the region which have been financed by Rock Rail East Anglia and will be leased to Greater Anglia for the life of the franchise.