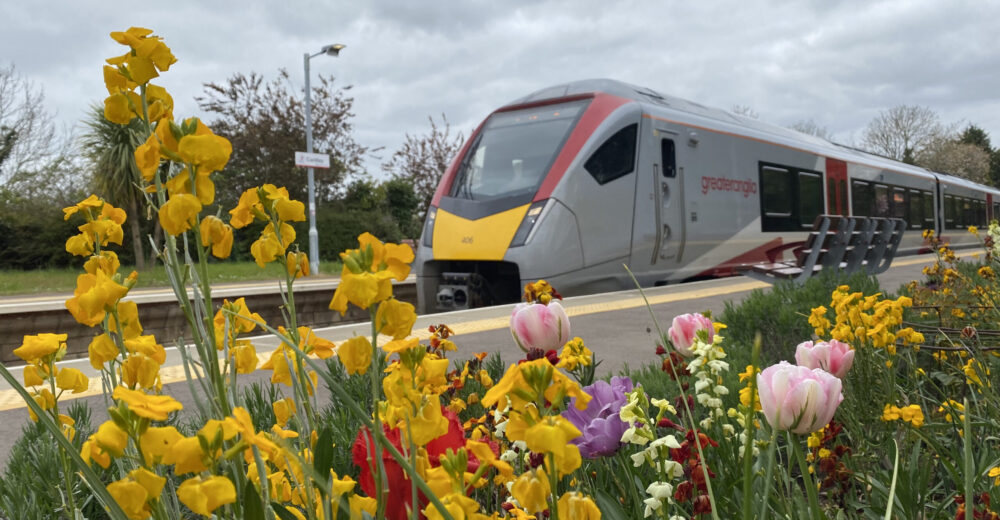 Greater Anglia’s reported carbon emissions have reduced by over 25,000 tonnes of equivalent Carbon Dioxide (CO2) in recent years– as revealed it the company’s annual Environment and Energy Report. The report details Greater Anglia’s environmental achievements and plans for greener travel in East Anglia in 2021.

The report shows that Greater Anglia’s carbon emissions have reduced by over 25,000 tonnes over the last two years with a series of energy and carbon reduction measures. This is equivalent to the annual average energy use of over 9,000 homes.

The train operator has been working to minimise its carbon emissions – reducing them by 11 per cent in 2021 – and become an even more sustainable organisation. This has seen Greater Anglia introduce new more energy-efficient trains, cut waste, increase recycling and work with partners and communities on projects to improve sustainability and biodiversity at stations.

The company has also worked to install wireless energy management systems at its rail stations to ensure heating and lighting are used efficiently and taken steps to reduce water consumption.

Commenting on the publication of the report, Greater Anglia’s Environment & Energy Manager, Stephanie Evans said: “I’m pleased that we have made even more progress in the last year towards becoming ever more sustainable as an organisation.

“Research shows that trains are the most environmentally friendly form of transport after cycling and walking, with greenhouse gas emissions per kilometre by rail being far less than cars.

“Because of this, we hope that rail will be an important part of the ‘green recovery’ we are all aspiring to, helping communities stay connected to jobs, education, family, friends and leisure opportunities in a way that helps to reduce everyone’s carbon footprint.

“Our new trains are more efficient and produce less particulate pollution than our old ones which will help to make rail travel in East Anglia an even more environmentally friendly option.”

Aerodynamic fronts, lighter chassis and brakes which return energy back to the network are some of the features of Greater Anglia’s new trains which are making train travel even more sustainable. They are also longer with more seats, which means that they can carry more passengers and take even more cars off the road – preventing tonnes of harmful CO2 emissions being released into the atmosphere as well as reducing congestion.

Greater Anglia worked with environmental consultants, WSP, to quantify its environmental impact and understand its carbon emissions, as part of an aim to become even greener and more sustainable.

The full Environment & Energy Report can be found at greateranglia.co.uk/greeneranglia