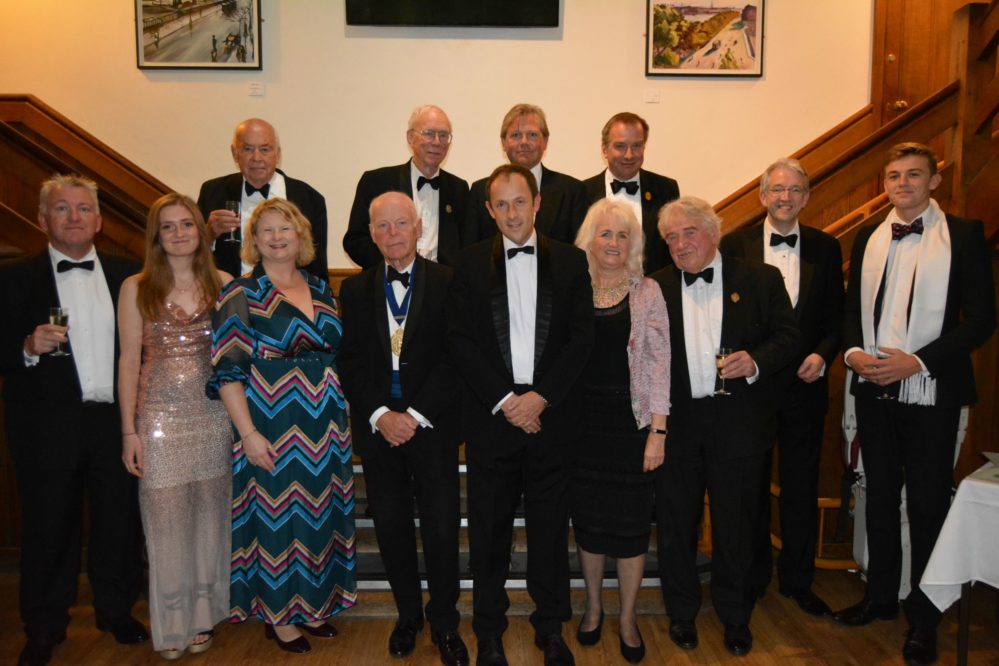 Mr Freeman is a British Conservative Party politician who has served as Member of Parliament for Mid Norfolk since 2010. He is a founder member of the 2020 Conservatives group and a member of Bright Blue’s advisory board.

The black-tie dinner took place in the school’s beautiful Monastic Barn and, as ever, was a wonderful opportunity to celebrate all that is great about King’s Ely. The Old Eleans’ Club welcomes Old Eleans (former King’s Ely students) of all ages and aims to promote fellowship amongst the school’s former pupils.

Mark Wilkinson was thanked for his service as Club President for the last two years at the dinner and Marc Hawes was formally welcomed as the new President. Marc, who was a pupil at King’s Ely from Reception right the way through to Year 13 (1971-1985), has been part of the Old Eleans’ Club Committee since 2011.

Four Honorary Old Eleans were also announced on the evening in recognition of their loyal service to the school – Liz Knibb, Graham Griggs, Celia Burgess and Shirley Jolly.

To find out more about the Old Eleans Club, please contact the Honorary Secretary, Rosie Holliday, by emailing RosieHolliday@kingsely.org.