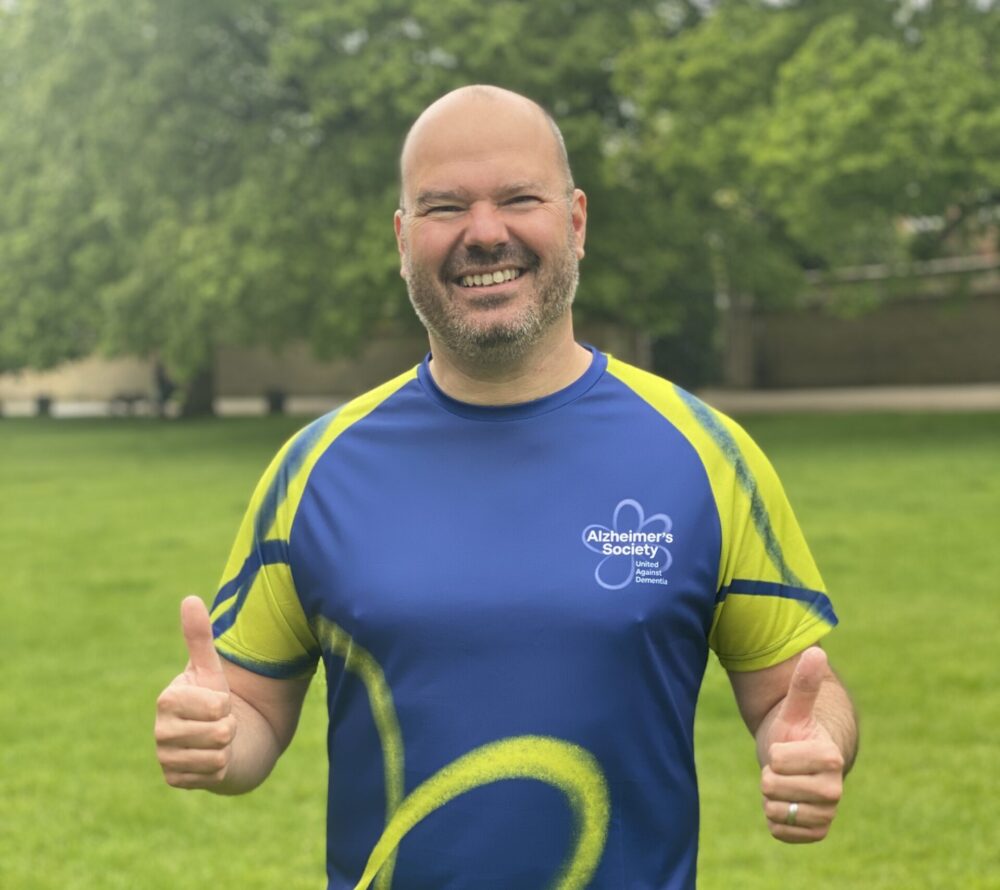 A teacher at King’s Ely has raised more than £3,500 for a charity close to his heart by completing a 250-kilometre running challenge.

Nick Williams, who is Head of Economics and a Business Studies Teacher at King’s Ely Senior, set himself the challenge of running five kilometres for 50 consecutive days to not only increase his fitness levels, but to also raise as much money as he could for the Alzheimer’s Society.

Nick’s father, Tudor, was diagnosed with Dementia five years ago, something which Nick says has had a heart-breaking impact on his family. Father-of-two Nick, who lives near Bury St Edmunds, finished his fiftieth five kilometre run on 16 May and says he is overwhelmed to have raised £3,536 in donations.

He said: “When I started my challenge, I had no idea how physically and emotionally challenging it would be. The huge positives have been the tremendous support I have received from people. Support ranging from ‘well done, keep going’ to people talking intimately about their family and their experience of Dementia/Alzheimer’s.

“On a personal front, I have become far fitter and have lost 10 kilograms in weight. The runs have also given me that rare thing of I-time, which has been great to help me recalibrate my thoughts and feelings of the past year! Covid-19 has been tough on everyone. We have all lost valuable time with friends and family. I will freely admit that during my time running I have had happy thoughts being outside appreciating the beautiful countryside to thoughts of anger, sadness and loss of the last good year with my father. This experience has been incredibly meditative and one which I am incredibly thankful for.

“The hardest part physically was day 40 when my hamstring tore! The level three tear prevented me from running for four days. I walked/hobbled five kilometres determined not to give up. The last six days I could only run at a very moderate pace. As the sponsorship built up, I felt more determined than ever to complete the challenge. I ran the last 500 metres with my five-year-old daughter, Ellie. This was a very special moment for me and my family! I had a lovely socially distanced party with my neighbours and felt proud of what I had achieved.

“Thank you for all your very generous sponsorship and support for the Alzheimer’s Society. My original target was £1,000 so to have raised this incredible sum of money is very humbling. People keep asking me will I keep running – answer definitely. People ask would I do it again – answer definitely. Who knows, maybe next year I will do seventy-five 5-kilometre runs consecutively!”