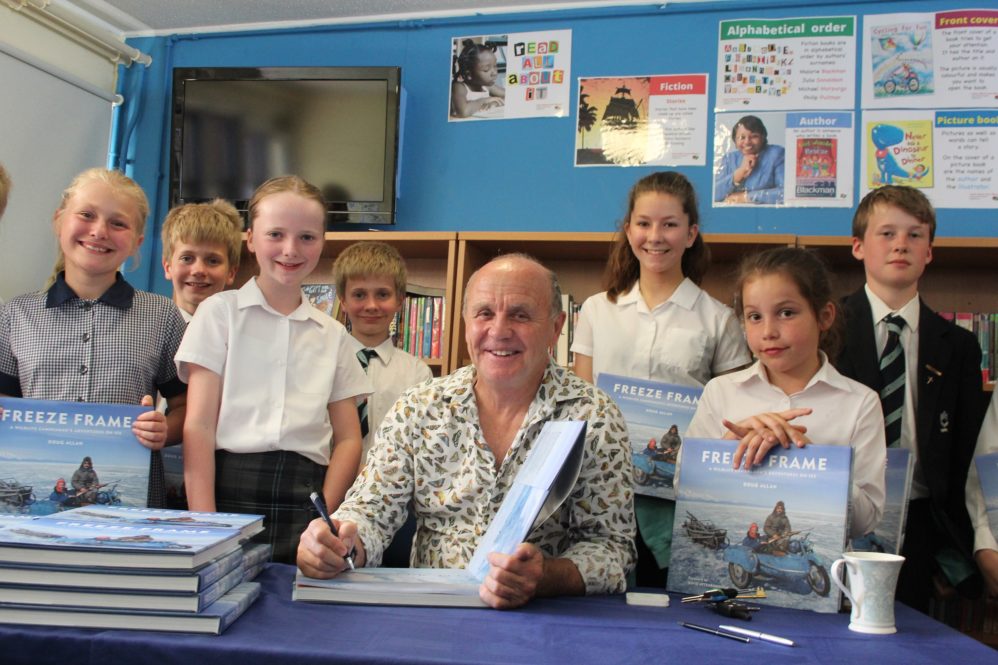 Pupils and staff at King’s Ely Junior were in their element when they got to meet award-winning wildlife photographer and cameraman, Doug Allan.

Doug, a recipient of the Fuchs Medal and the Polar Medal (twice), was Guest of Honour at King’s Ely Junior’s Prize giving and Service of Thanksgiving, which took place in Ely Cathedral.

Hundreds of students, staff, families and friends of King’s Ely attended the service, where Doug gave a fascinating account of just some of his adventures before presenting pupils with a whole host of prizes for academic achievement, academic progress, all-round contribution, specific subjects, major colours and chorister prizes.

Much to the delight of the pupils, Doug was also able to stay behind after the service, enabling them to meet him personally, ask him all sorts of questions and get copies of his latest book, Freeze Frame, signed.

Doug is a biologist who spent 10 years with the British Antarctic Survey before becoming a natural history cameraman and presenter. He has won countless awards for his photography, on programmes including The Blue Planet, Planet Earth, Life, Human Planet and Frozen Planet.