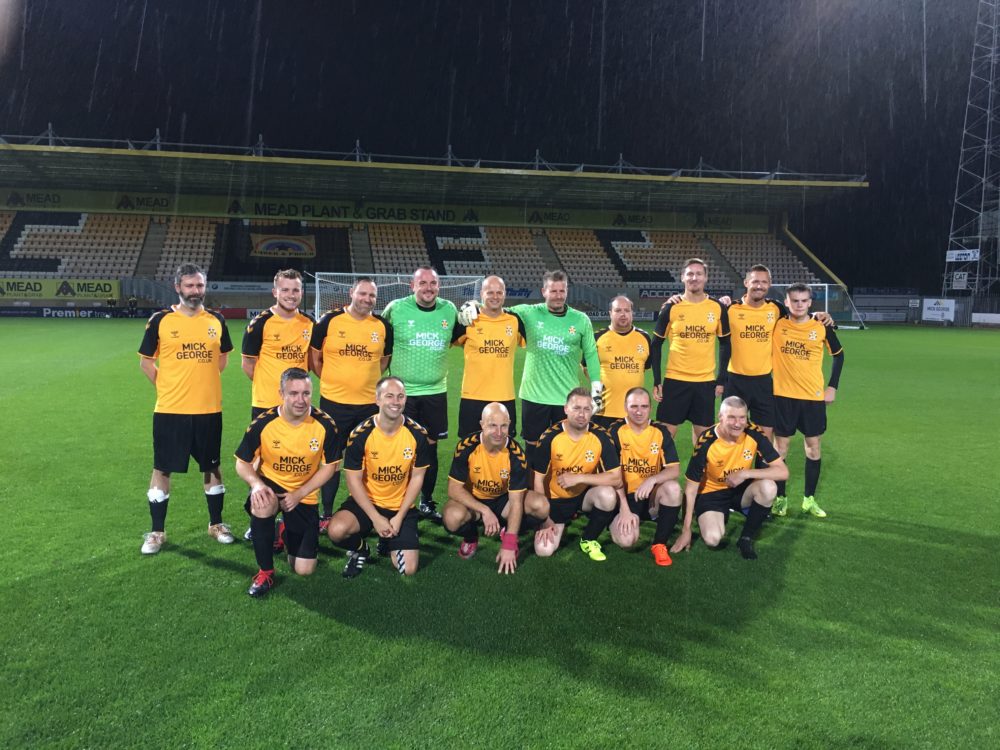 Although the weather wasn’t befitting of the occasion, it was yet another fantastic event at The Abbey Stadium on Friday night, as the Mick George Group hosted their annual Charity Match which saw a selection of Club legends grace the hallowed turf once again.

The fixture raised a commendable £2,000 for the Teenage Cancer Trust and saw the likes of Barry Corr, Ian Miller, Danny Potter, John Taylor and Omer Riza roll back the years, as they tested their skills alongside the 27 U’s supporters who made up the remainder of the two squads.

Barking orders from the side lines were two more familiar faces, as Luke Chadwick and Josh Coulson returned to manage the respective Home and Away teams.

If anyone was in doubt whether the ex-pros still had it in them, their questions were probably answered within the opening five-minutes when Omer Riza opened the scoring for the Away team, prior to Barry Corr calmly slotted home to level the match.

The match remained one-a-piece beyond the 35-minute mark, but then fatigue became very evident and the game started to open-up which definitely played in favour of Coulson’s men.

Leading 4-2 at half time, the lead was stretched even further in the second half, and although the eventual final score was a commanding one, it probably didn’t do the Away team full justice – even if some of Chadwick’s tactics did leave l lot to be desired.

There were many standout performances, but the contributions of Daniel Reed, and particularly Joe Fairbrother, whose youthfulness led to a handful of goals, were both recognised with Men of the Match rewards.

Jon Stump, Joint CEO at the Mick George Group, commented: “Since we introduced the event four years back, we’ve managed to raise over £15,000 for various deserving charities, which is a fantastic effort to all that have contributed.

“As always, it’s very satisfying to be able to provide opportunities such as this to the fans. It’s not every day they have the chance to play in front of their family and friends at the Abbey Stadium, alongside Club legends of yesteryear. The fact that so many return year-after-year, is testament to how much it means to them.”