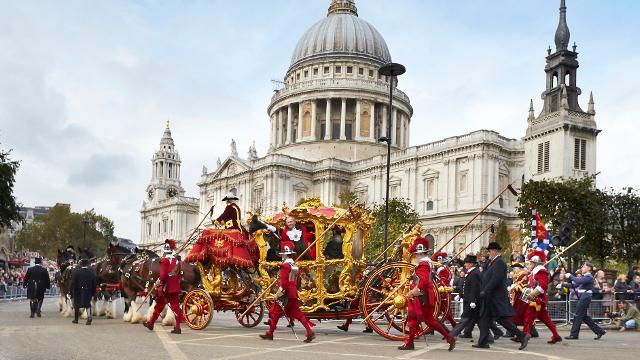 Next week, Saturday 9 November, the annual Lord Mayor’s Show will take place. Aboard float number eight of the procession will be representatives of Cambridgeshire’s most prestigious business economy, including construction specialist; The Mick George Group.

The Lord Mayor’s Show is 804-years old and has been a fixture of London life for centuries, presenting a mediaeval carnival and imperial spectacle that has become the world’s greatest unrehearsed civic parade.

The modern Show is a joyful and diverse civic march incorporating over 6,000 people, along a three-mile stretch, performed in front of approximately 500,000 spectators who will line the routes in London.

Visitors will witness dozens of marching bands, military detachments, carriages, dance troupes, inflatables, giant contraptions and ceremonial displays. Every year is different and surprising, combining London’s ancient pomp, rowdy patchwork heritage and modern dynamism to create a spectacle unlike anything else in the world.

The Show begins at 11.00am in the City of London, starting from Mansion House (at Bank Junction) to the Royal Courts (on the Strand) and back again, all supplemented by guided walks and family entertainment throughout the day.

As before, the Show will offer two family Show Zones, at Paternoster Square and the new Bloomberg building. They will include fairground rides, giant games, street food stalls, craft workshops and a full-size entertainment stage.

The 692nd Lord Mayor of London will be Alderman William Russell of the Bread Street ward. He is Lord Mayor Elect until the day before the Show, when he takes office in the Silent Ceremony.

Michael George, Managing Director at the Mick George Group, commented: “We’re immensely proud to have been selected amongst some of Cambridgeshire’s elite commercial organisations to represent the county.

“It is testament to the positive contribution and established reputation that we have managed to form in the region. It’s sure to be a fantastic occasion, and one that those who are fortunate enough to be part of, will remember for a very long time.”